Accessories, inexpensive analogues and other devices in stock(6)

Rotameter RM-A-0,004ZHUZ (RMA0,004ZHUZ, RM A 0,004 ZHUZ, RM-A-0,004-ZHUZ, RMA-0,004ZHUZ, RMA 0,004ZHUZ, RMA0,004-ZHUZ, RMA0,004 ZHUZ, RM-A0, 004ZHUZ , RM A0,004ZHUZ)
Flowmeter - Flowmeter constant pressure drop with a float freely in the unit. Consists of a set in the casing cone (rotametricheskoy) tube, which moves inside the float.
Type flowmeters with local indication of the RM with a glass tube rotametricheskoy designed to measure the volumetric flow smoothly varying uniform flow of clean and low contaminated liquids with dispersed inclusions of foreign particles, as well as for measuring the volumetric flow rate of air and gases.
Depending on the flow of the medium, such as flowmeters RM produced by the manufacturer in four basic versions: RM-A, RM-II, RM-IV, RM-VI, but not in 7, as many technical manuals and documentation for a number of the manufacturer (not produced a model of the RM-I, RM-III, RM-V).
Each base has changed a unified rotametricheskuyu up. Measuring Range spending for these models are obtained by setting the appropriate float. In the manufacture of floats at different ranges are used 12X18H9T steel, Teflon-4 alloy D1T, ebonite.
Scale readings conditional uniform, applied directly to rotametricheskuyu up. Countdown evidence produced by the upper edge of the float.
Ambient pressure should not exceed 6kgs/sm 2 (0.6 MPa).
Flowmeters are designed to operate at a temperature of the measured and the environment from 5 º C to 50 ° C, humidity 30% to 80%.
The basic permissible error rotameters model RM-A is ± 4%, while the other models, ± 2,5% of full scale value.
Calibration of Rotameters - individually made by the manufacturer on the water or air. For other environments, it is necessary to recalculate the flow of water or air at a given measured liquid or gas.
Technical characteristics of the devices rotameters RM-A-0,004ZHUZ.
The upper limit of measurement - 0,004 m 3 / h;
Material floats instrument rotameter RM-A-0,004ZHUZ - 12X18H9T steel;
Material of the inner reinforcement - LS-59-1;
Nominal diameter - 3 mm;
The connection device rotameter RM-A-0,004ZHUZ the pipeline - threaded R1 / 8 ";
Dimensions - 160h35h40mm;
Unit weight rotameter RM-A-0,004ZHUZ - 0.3 kg.
Rate the product: RM-A-0,004ZHUZ
Number of views: 1141
Product rating: 4.6
Number of grades: 68
* rating and all product statistics are updated once a month; information is current as of 07 February 2023
3000 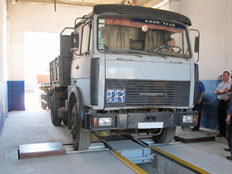 Installation of the lodgement and the STM-15000U.01 stand 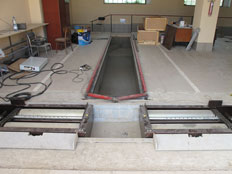 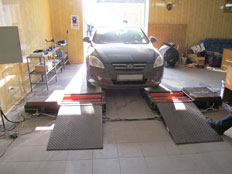 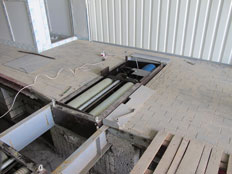 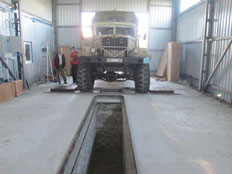 Work on the installation of the line of maintenance of trucks 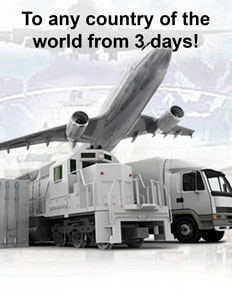 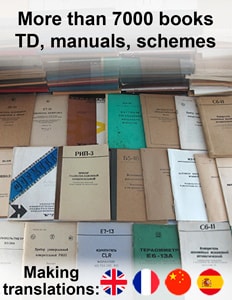 How did you find out about zapadpribor.com?

Leading online store Zapadpribor - a huge selection of measuring equipment for the best value and quality. So you can buy inexpensive devices, we monitor competitors' prices and are always ready to offer a lower price. We only sell quality products at the best prices. On our site you can buy cheaply as the latest innovations and proven equipment from the best manufacturers.

The site includes a special offer «buy at the best price» - if other Internet resources (bulletin board, forum or announcement of another online service) in products presented on our site, the lower price, we will sell it to you even cheaper! Buyers also additional discount for leaving a review or photo of use of our products.

In the price list contains not the whole range of products offered. Prices of goods, not included in the price list can learn to contact the manager. Also, our managers You can get detailed information about how cheap and profitable to buy instrumentation wholesale and retail. Telephone and e-mail for advice on the purchase , delivery or receipt are shown on the description of the goods. We have the most qualified staff, quality equipment and the best price.

Online store Zapadpribor - the official manufacturer's dealer test equipment. Our goal - selling high quality goods with best price offer and service to our customers. Our store can not only sell you the necessary instrument, but also offer additional services to its calibration, repair and installation. That you have a pleasant experience when shopping on our site, we have provided special gifts guaranteed to the most popular products.

The online store takes an active part in such procedures as electronic bidding, tender, auction.

If there is no site in the descriptive information you need on the device you can always turn to us for help. Our qualified managers will update for you on the technical characteristics of the device from its technical documentation: user manual, certificate, form, operating instructions, diagram. If necessary, we will take a photo of your device, or a device stand. You can leave feedback on the unit purchased from us, the meter, the device, indicator, or product. Your review for your approval will be published on the site without contact information.

Description of the instruments taken from the technical documentation or technical literature. Most pictures of products made directly by our experts prior to shipment of goods. In the description of the device provided the main technical characteristics of the instrument: nominal measuring range, accuracy class, scale, supply voltage, size (size), weight. If the site you see the discrepancy device name (model) specifications, photo or documents attached - let us know - you will get a useful gift with-selling device.

While the need to clarify the overall weight and size or the size of the individual meter you can in our service center. If you need our engineers will help you choose the most complete analog or a suitable replacement for the device you are interested. All counterparts and replacement will be tested in one of our laboratories with the full compliance to your requirements.

All text and graphic information on the site is informative. The color, shade, material, geometric dimensions, weight, content, delivery set and other parameters of the goods presented on the site may vary depending on the batch of production and year of manufacture. Check with the sales department for more information.

If you can make repairs to the device yourself, our engineers can provide you with a complete set of necessary technical documentation: circuit diagram TO, ER, FD, PS. We also have an extensive database of technical and metrological documents: technical specifications (TS), the terms of reference (TOR), GOST (DSTU), the industry standard (OST) test procedure, the method of certification, verification scheme for more than 3,500 types of measuring equipment from the manufacturer this equipment. From the site you can download all the necessary software (the software driver) is required for the product purchased.

We carries out repairs and maintenance of measuring equipment in more than 75 different factories of the former Soviet Union and CIS.

We also have a library of legal documents that are related to our field of activity: the law, code, ordinance, decree, temporary position.